As a global innovation company, Rakuten has committed to empowering people and society by creating value through innovation and entrepreneurship.

In the summer of 2022, to contribute to this mission and show that empowerment is something that starts from within, Rakuten Europe launched an internal competition, “The Green’Ovation Challenge.”

The goal of this new competition was to pioneer sustainable technologies by uniting Rakutenians from multiple business units and locations and pitching their entrepreneurial spirit against humanity’s biggest challenge — climate change.

Initiated by the ESG team at Rakuten Europe, the competition was centered around the theme of sustainability and tackling climate change through innovative technology. From simple initiatives that are immediately actionable to more disruptive changes, every kind of project idea was welcome.

Participants could choose from one of four environmental themes for which their project would contribute to. They then created actual business cases to pitch in front of colleagues and Rakuten leadership. The four themes included: 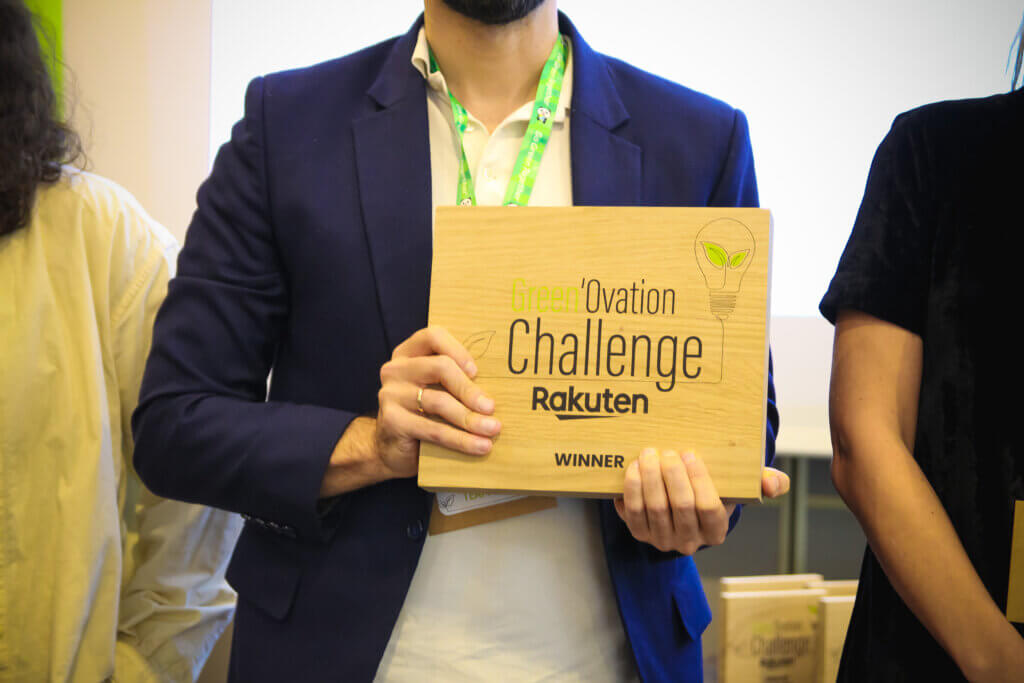 The final showdown in Paris

After the launch of the first Green’Ovation Challenge in the summer, 65 Rakutenians formed a total of 16 teams and submitted their ideas for a greener future in the competition’s first round. The participating employees came from 10 different business units and six different European countries.

In order to prepare their presentations and finetune their pitches into successful business cases, the teams received support from coaches on areas such as communications, project management, environment and more. 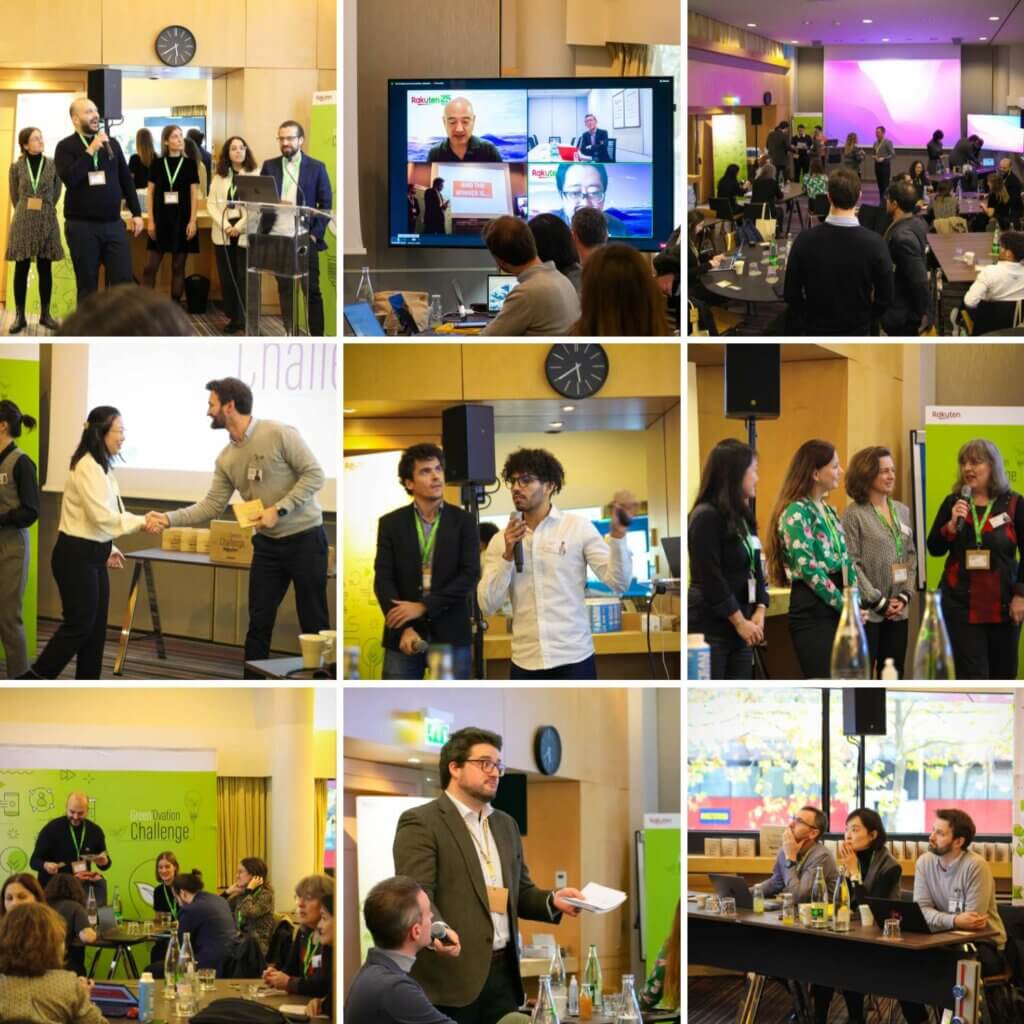 Finally, in November, four finalist teams, selected by the shortlist-jury, came together at a live event in Paris, to compete in the Green’Ovation Challenge Finals. This time, in front of a new jury consisting of Rakuten Group’s global leadership and executives. Excitement was in the air as the teams took up the chance to see how their project could be implemented into Rakuten’s overall strategy, before each project was evaluated on its business impact, feasibility, scalability, innovation and alignment with the four themes.

“It was great to see all the creative projects of our colleagues”, said one of the Green’Ovation Challenge finalists. “We already have great initiatives at Rakuten, but this event shows how each one of us can marry existing projects with innovative ideas and bring them forward to drive change for a greener and more sustainable future.”

Another participant commented, “The event was challenging, and our project has become like our baby.” Although her project didn’t win, she felt encouraged by her experience in the competition: “Our project has been growing throughout the challenge and we feel very confident with what we delivered. We would certainly take part again and do even better.”

How do you turn your employees into entrepreneurs?

The Green’Ovation Challenge is much more than just an exercise: the winning project will be implemented by Rakuten and made a reality. The winning team will get to see their idea come to play a vital role in Rakuten’s sustainability journey.

Winning is not the only goal of course. The competition also helped all participants to create new synergies and networks with their colleagues, gain new skills and boost their creative resources.

“The Green’Ovation Challenge gave employees a stage and – even more – the right tools to drive change and be part of something bigger. It took them out of their comfort zone, of their “business as usual”, and fostered a sense of team belonging”, said Nicholas Fletcher, SVP, EMEA at Rakuten Advertising who was part of the final jury in Paris. 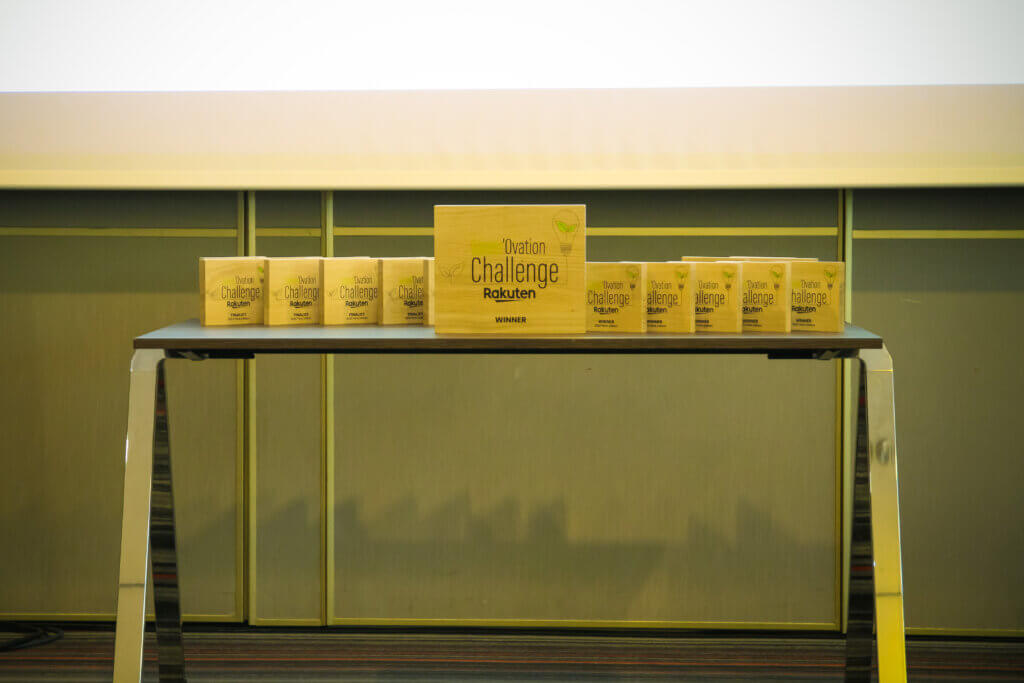 Everyone received an award for their participation and entrepreneurial spirit – made of wood and 100% sustainable of course.

“The event is great evidence that as a tech company, we are very serious about sustainability, and it works as a great glue to connect people. Everyone’s contributions were amazing, we saw how the event fostered teamwork and brought people together and empowered them to develop disruptive ideas and services. We look forward to the next years.” 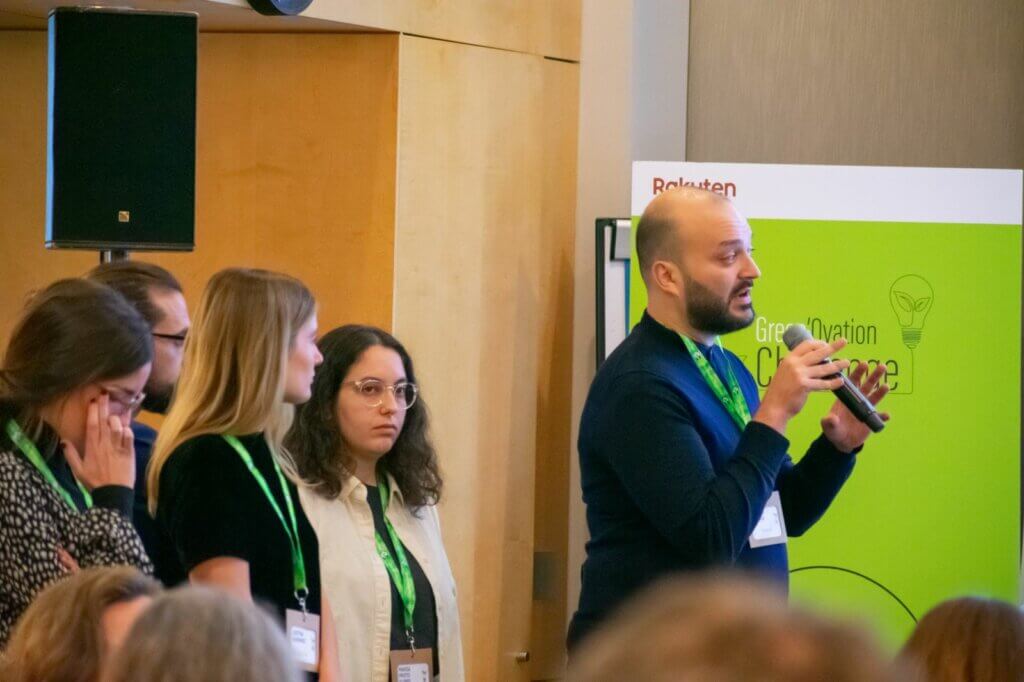 A participant in the Green’Ovation Challenge commented: “We can empower all employees! Everyone makes small steps, but together we have a bigger impact.”