Luxembourg, May 23rd 2022 – Today, Rakuten Europe announced the launch of an all new cashback program in the UK, Spain and Germany, bringing Rakuten Group services and hundreds of brands to members in a more relevant, dynamic and rewarding way.

Rakuten.co.uk/Rakuten.es/Rakuten.de are Rakuten’s hubs in Europe, combining the brand’s existing services Rakuten TV, Rakuten Kobo and Rakuten Viber with more than 700 partnerships across retail and experiences with big brands and more, forming a robust, member-centric membership rewards program unlike any other in Europe.

Until today, Rakuten members could earn up to 30% in Rakuten points by shopping through Rakuten and spend it on gift vouchers, watch the latest movie releases on Rakuten TV, read eBooks through Rakuten Kobo or convert Points into Viber Out credit to reach anyone – even if they don’t have Viber.

Now, Rakuten is making online shopping even more rewarding, by granting up to 30 % cashback for each purchase.

Following the example of Rakuten in the US, which has rewarded nearly $3.7 billion in cashback to shoppers, Rakuten now enables members to earn cashback on their online shopping trip at more than 500 retail partners by following three easy steps:

What’s even more convenient: Rakuten does all the deal hunting, while members just shop and save. The Rakuten browser extension does all the work of finding the deals and will notify users whenever there’s Rakuten cashback is available.

“In 2022 we’re celebrating Rakuten’s 25th anniversary – what started as a online marketplace in Japan has grown into a diverse group of innovative services for your everyday online needs – and we’re ever-evolving, adapting to consumers’ needs. By introducing cashback in Europe, we’re committed to not only attracting more members, but to offering members a more flexible rewards system that fits their individual shopping behaviour.”” 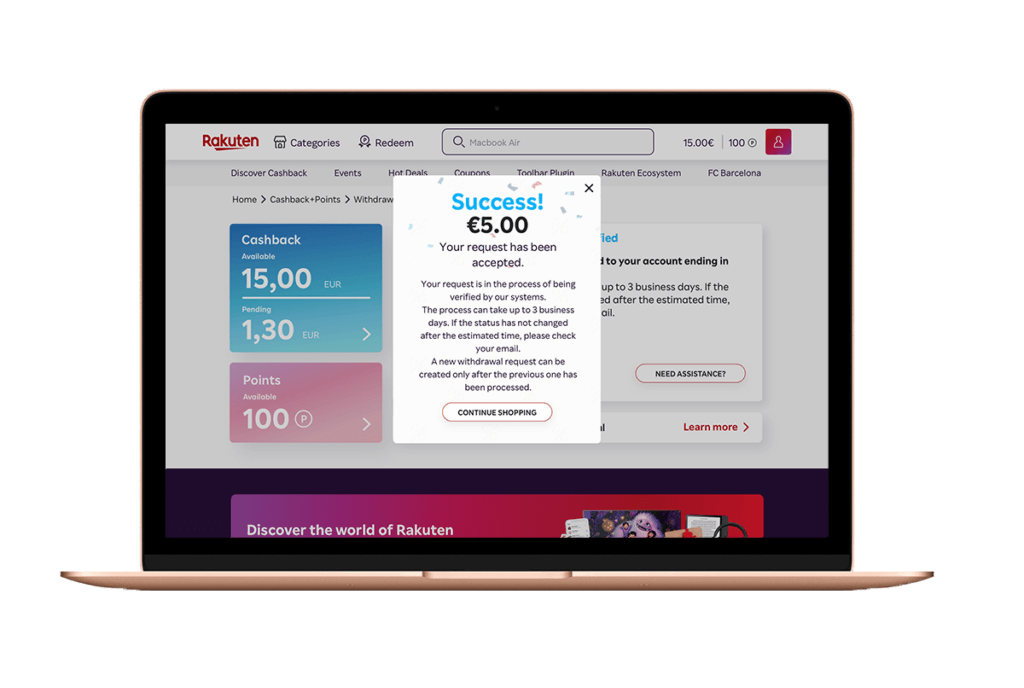 Get even more rewards with Rakuten Points!

With Rakuten, members decide how to withdraw what they’ve earned. They can transfer their cashback directly to their Paypal or bank account – or make their experience even more rewarding by converting it into Points at a +20% value:

Points can be spent on hundreds of rewards: Gift vouchers for shops like Zalando, Mankind or Decathlon, movies on Rakuten TV, Kobo eBooks and audiobooks, Viber credit and more.

„Our Rakuten Points program is inspired by Rakuten’s popular loyalty program in Japan, which has awarded more than 2.5 trillion points (a value of around $23 billion USD) to members. That’s why points will continue to be at the very core of our membership vision and the key pillar of our Rakuten Ecosystem experience.” 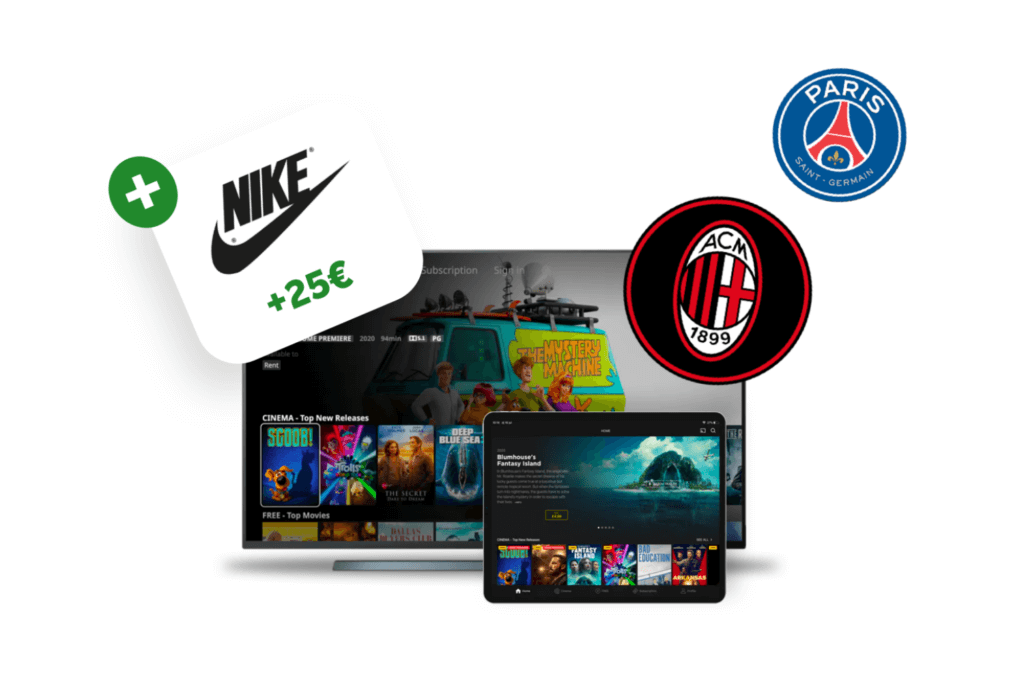 Rakuten Group, Inc. (TSE: 4755) is a global leader in internet services that empower individuals, communities, businessesand society. Founded in Tokyo in 1997 as an online marketplace, Rakuten has expanded to offer services in e-commerce, fintech, digital content and communications to approximately 1.6 billion members around the world. The Rakuten Group has over 28,000 employees, and operations in 30 countries and regions. For more information visit https://global.rakuten.com/corp/.