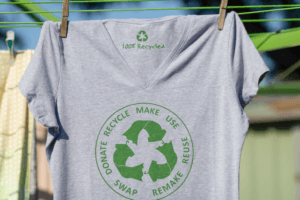 The concept of a “circular economy” — one which designs out waste and pollution, keeps products and materials in use, and regenerates natural systems* — isn’t only winning over environment groups, it’s inspiring businesses as well. With many global companies now embracing the concepts of a circular economy, the idea seems poised for the mainstream.

But what do everyday shoppers think? A recent Rakuten Insight survey reveals that a majority of global respondents would likely be in favor of such a change.

Today, only 8.6% of the global economy is circular as the world consumes 100 billion tons of materials a year, according to Circle Economy, an Amsterdam-based global impact group.

Traditional manufacturing processes utilize a linear system, often described as “take, make, waste.” We take materials from the earth, make products and then once we have finished with them, we send them to the landfill. But the resources of this world are not infinite.

Earth Overshoot Day marks the date when humanity’s ecological resource consumption exceeds what the Earth can regenerate in a given year. In 2021, that day falls on July 29. For the past 40 years, this day has almost always fallen on an earlier date than the year before. 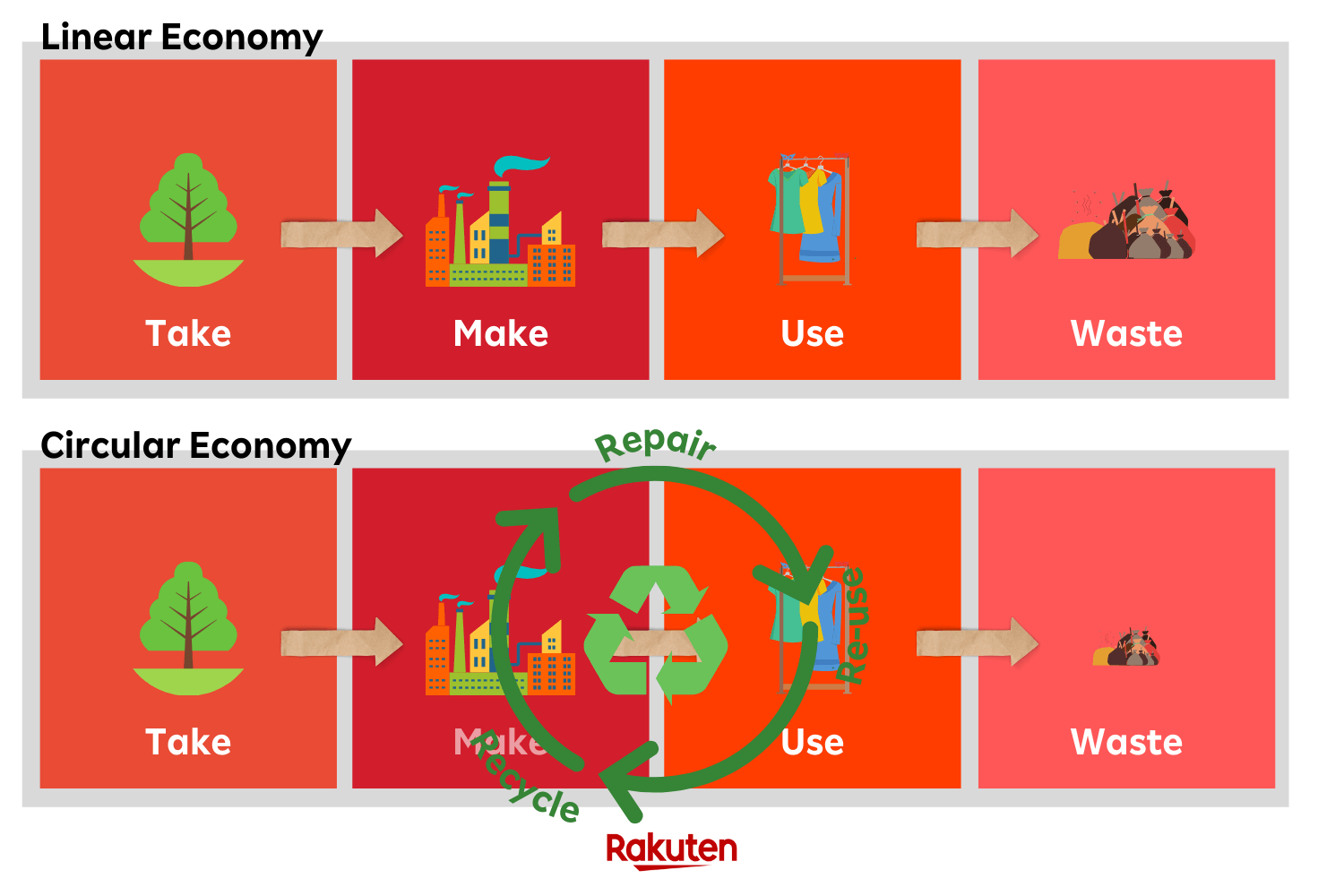 Demand for circular and sustainable products is rising across the board

The Rakuten Insight survey — conducted among 1,800 consumers across six markets: Japan, France, Germany, Spain, the U.K. and the U.S. — indicates that the motivation to consume more consciously is already strong, while interest in sustainable brands and circular businesses is increasing. 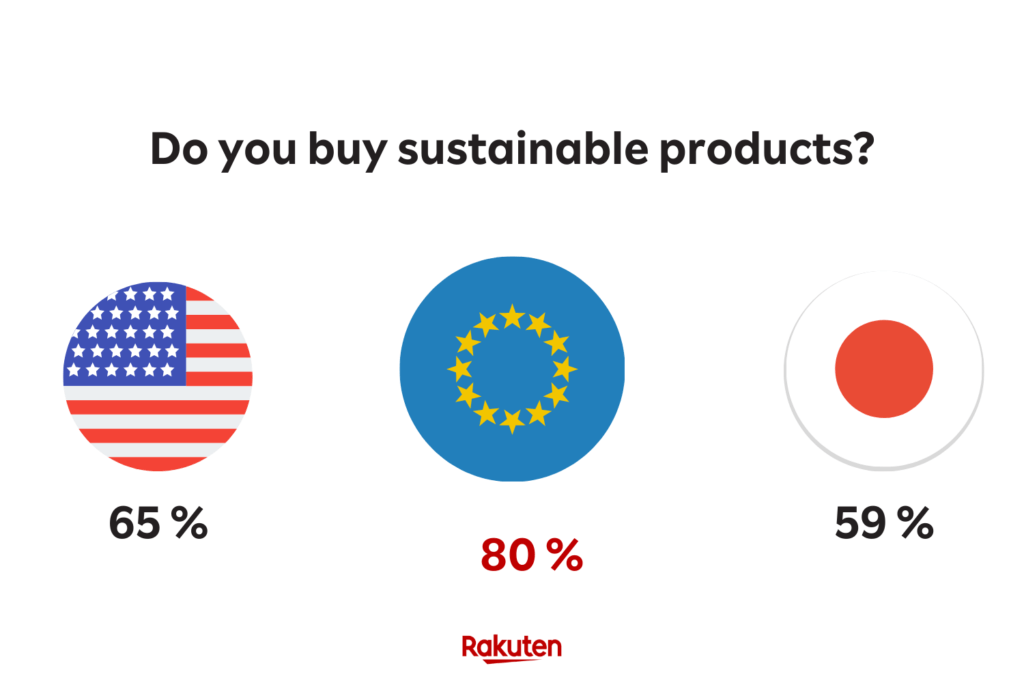 While in most countries Gen Z seems to be the driving force behind sustainable change, it is Millennials in Japan and France who show a higher interest in sustainable products. 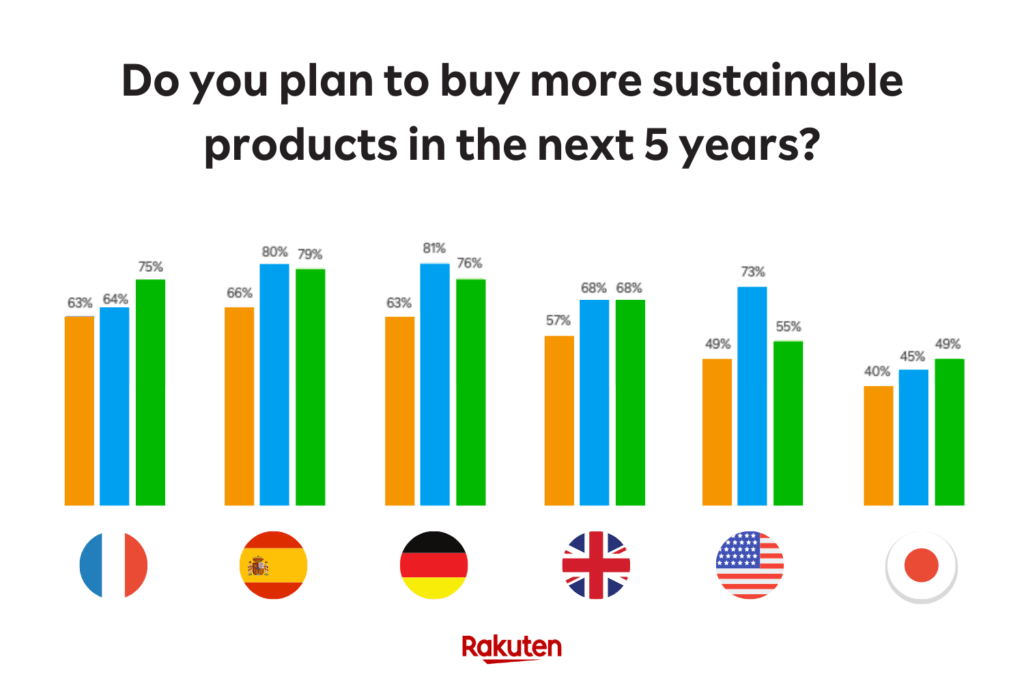 The desire for improved product quality and affordability — especially for circular products — also played a role. On the other hand, the barriers for buying sustainable products appears to be trust-related issues, and hygiene concerns for circular items in particular.

The study focused on two key areas of a circular economy: second-hand products and rental models.

Consumers in Japan seem to be the most willing to rent compared to other markets (Japan: 33%, Spain: 21%, France: 21%, Germany: 20%, UK: 14%, US: 13%), and across all markets the main reason to rent is the assumed affordability. Preferred products were books and electronics across all markets. 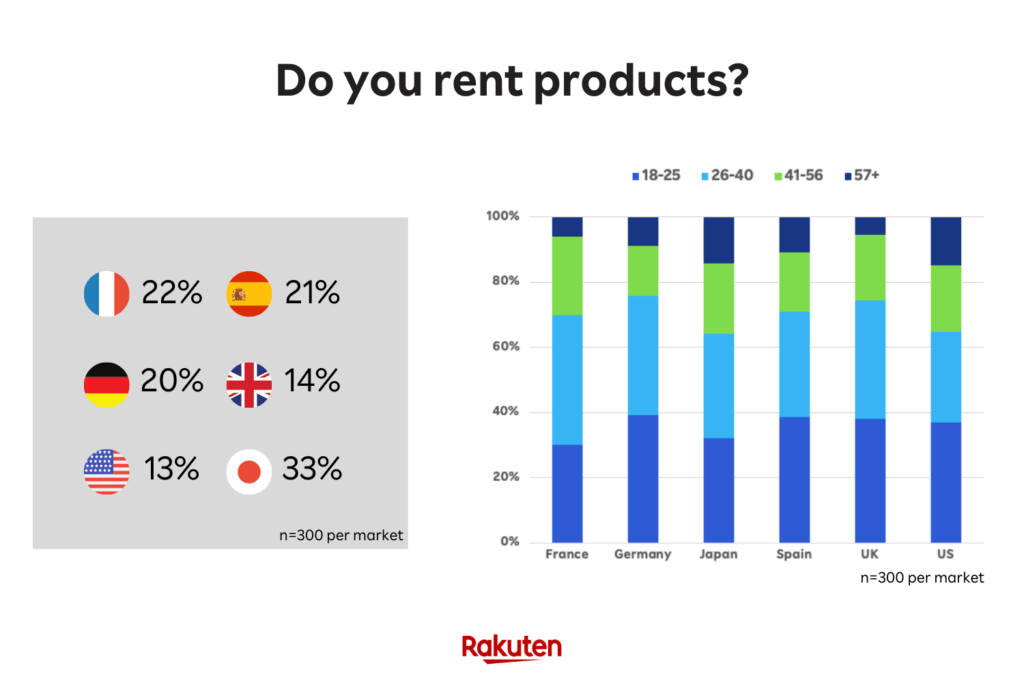 The most popular categories for second-hand shopping were apparel, books and furniture, and the main reasons for purchasing were affordability and that these products are better for the planet. 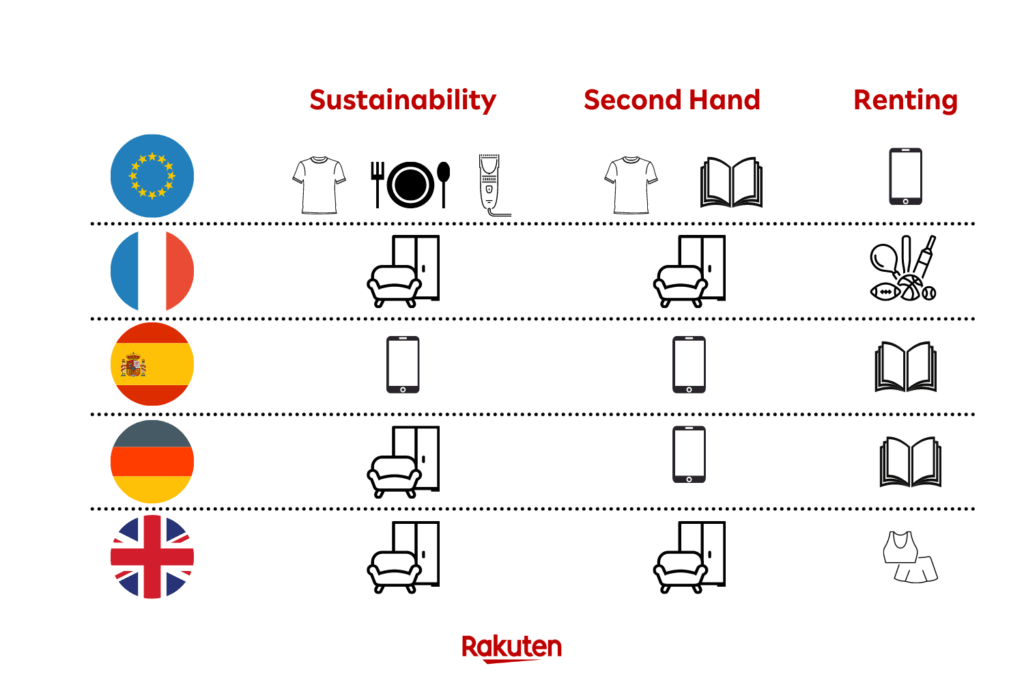 Rakuten responds to the circular trend

At the most recent RakuTalk, a virtual event for Rakuten employees in the EMEA region, leaders from Rakuten Advertising, Rakuten France and the Rakuten Shopping & Affiliate Platform discussed what it would take for Rakuten and its Group companies to transition to a circular business model.

FINDING THE RIGHT PARTNERS TO PROMOTE THIS MESSAGE [OF THE IMPORTANCE OF CONSCIOUS CONSUMPTION] CAN CREATE A HUGE BUSINESS OPPORTUNITY TO FUTURE-PROOF THE BUSINESS.”

With its strong lineup of C2C and rental businesses, Rakuten is uniquely positioned to help merchants and clients harness the economic potential of the circular economy along with the environmental benefits it offers.

Rakuten’s Shopping and Affiliate Program can also benefit from the circular economy. Head of Operations James Andersen outlined that the company’s U.K. strategy is to scale sustainable categories quickly over the next two quarters, onboarding more partners to the platform and ensuring ongoing visibility for this global initiative. 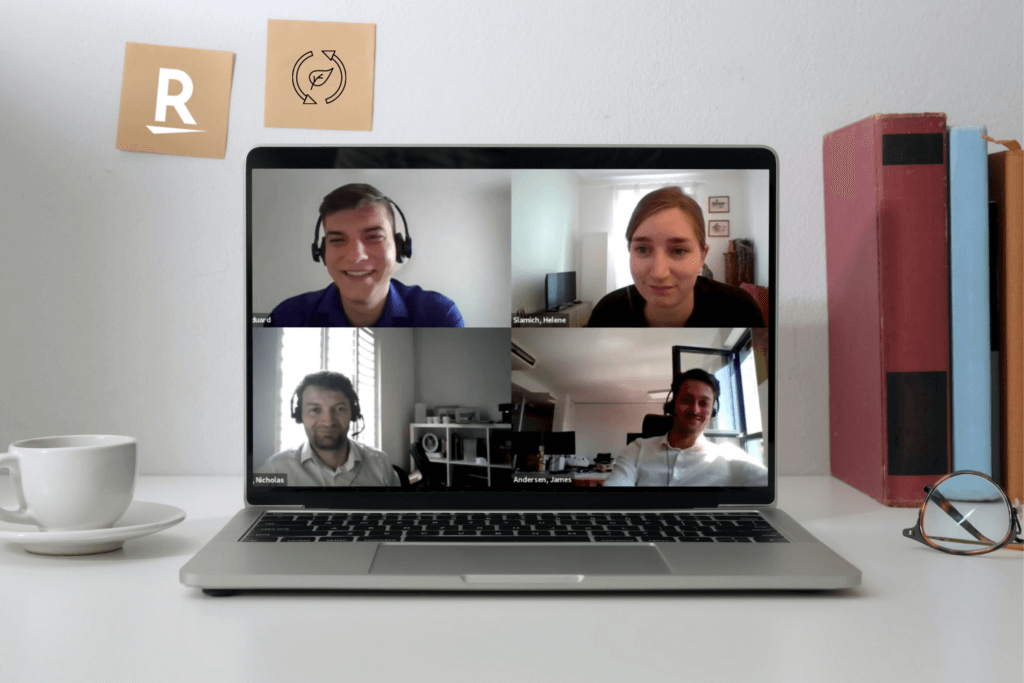 Finally, Nicholas Fletcher, SVP of Rakuten Advertising, Rakuten’s affiliate and performance marketing network, stated the importance of addressing younger generations, like Gen Z and Millennials: “These demographics are most engaged with content and influencers, and this sort of media is a powerful tool for advertising. Finding the right partners to promote this message [of the importance of conscious consumption] can create a huge business opportunity to future-proof the business.”

The prevailing opinion was that communication and collaboration between businesses will be the keys to succeeding in the future. As Fletcher added: “The more expert we are, the more impact we can have.”